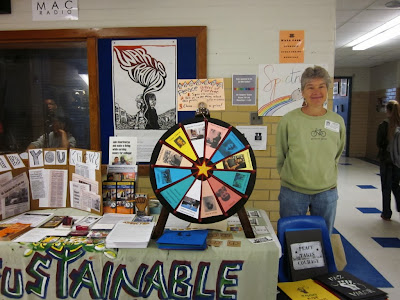 Study after study shows similar results. A 2018 RAND study found that 46% of enlisted soldiers cited economic and job-related reasons for joining the military. Among those whom the study profiled was a single mother who said she joined “just because I had my son and I needed the benefits,” or another enlistee who stated they “needed to make money.”

So, when recruiters offer high schoolers a simply worded way out of poor economic situations—“join the military so you can pay for school”—it is a tempting prospect.

Youth of color are also disproportionately represented among enlistees and those targeted by recruiters. A  2017 Pew Research Study showed that almost 43% of the active duty forces in the military were people of color. Of that number, 36% were Hispanic. Through public relations campaigns, like “Yo Soy El Army,” that serve as government propaganda, the military portrays itself in a positive light, specifically marketed to Hispanic populations. Furthermore, many of the states with the largest number of enlistments, such as Texas, California, and Florida, are areas that neighbor the U.S.–Mexico border and are also, unsurprisingly, areas with predominantly Hispanic populations.

The U.S. Army, falling short of recruits, blames higher wages and accessibility to more jobs for the enlistment decrease. As congressman Jim Banks, a Republican from Indiana, stated recently in response to President Biden’s program to forgive a portion of educational debt, “Student loan forgiveness undermines one of our military’s greatest recruitment tools at a time of dangerously low enlistments.” In other words, if college and health care were to become affordable, enlistments would be even lower than they already are, because the “greatest recruitment tools” are in fact predatory economic practices.

In an attempt to meet its recruitment goal, the military has slowly started taking away qualification requirements. Students who fail the initial body fat and academic tests will get training on the job allowing for “uneducated” youth to enlist.

Already, Hispanic and Indigenous youth make up some of the largest percentages of high school dropouts. Further, 17% of youth ages 16–24 identifying as Hispanic or Indigenous drop out of secondary school education. Their reasons include systemic issues, like the  school-to-prison pipeline and economic hardship. These kids will now be subject to recruiting as a “way out” of their situations.

Students attending public schools across the southern border of the U.S. experience aggressive recruitment practices constantly. Luis Mendez, a senior at El Paso High School and a member of the JROTC program at his school, says he frequently sees recruiters on his campus. “A majority of recruiters I have encountered have asked me if I ever had any major considerations on joining … mostly Army, Marines, and Navy branches,” he says.

When asked about how recruiters talk to students, Mendez explains, “They’ll show you what each branch offers, the different opportunities one can reach, and the different jobs they offer, with benefits to each specified job.” Mendez is aware of the health care and college benefits and believes they are incentives to recruit students, saying, “A majority of recruiters commonly use this as a subject to inform or persuade students.”

Mendez also says that despite being a first-generation Mexican American, he was “taught that [as] an American citizen, [he] must answer to the country’s calling if the need arises.”

Joseph Correa, a student at Eastwood High School, cites that he is from a low-income family and says, “I have considered joining the military to serve the United States and [for] the college [and] health care benefits.”

Similarly, Brandon Hernandez, a recent high school graduate, believes the military will “help me while I get back on my feet.” Facing few other options, Hernandez feels that joining the military was his best bet, saying, “Maybe [in the future] I can study for another career while I’m in any branch.” He also adds that the military will provide him with benefits that other institutions don’t offer, such as free college education. “It is the best option for me, because I get to go to college and get it paid; I will have good money and benefits [from] the start.”

There are numerous organizations working on demilitarization—the abolition of military forces and war. A main component of demilitarization is countering the recruitment of young people in schools.

Sustainable Options for Youth (SOY) is an Austin-based network of veterans and community members that promotes peace in schools. Through interactive real-life games, like allocating taxpayer money to life after the military, students get a holistic understanding of what they may be in for if they join the military.

Another organization, the National Network Opposing the Militarization of Youth (NNOMY), is a nationwide outreach program that aims to counter military recruitment in public schools. The group’s website offers an analysis of race- and class-based recruitment and assesses the harms of militarization.

From providing alternative peace-centered careers to advocating for an end to weapons training in high schools, NNOMY believes taking recruiters out of schools is vital to divesting from wars. “The Pentagon is taking over our poorer public schools. This is the new reality for our disadvantaged youth,” says the group. The organization has also put together a comprehensive kit for students facing aggressive recruiting and how to organize against it.

The kit includes informational videos from veterans; links to national campaigns, such as “Winning the Peace”; hotline cards; and more. Issue-based sections, like JROTC, gender, and the military, and privacy protections, make the kit easy to navigate and a must-have for those who want to get involved in countering recruitment and demilitarizing.

Everyone can play a role in counter-recruitment efforts: Students, teachers, counselors, parents, and organizers can contribute to the movement by protecting students’ privacy, learning how to opt out from recruitment databases, organizing against shooting ranges, exposing funding gaps in education, investigating JROTC, starting counter-recruitment chapters locally, and more.