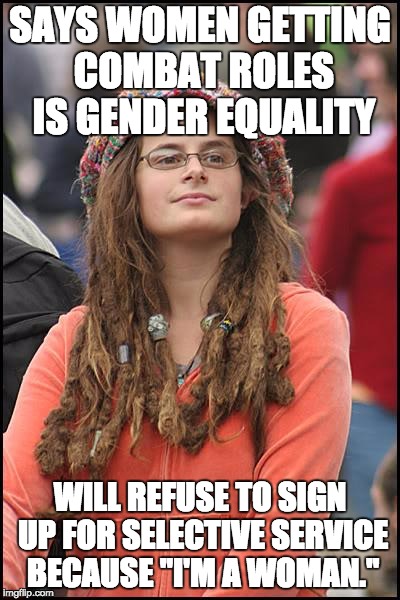 Edward Hasbrouck / Antiwar.com - After months of delay, Senate Majority Leader Chuck Schumer announced on Sunday that the Senate is "likely" to vote this week on an annual defense [sic] bill which includes a provision – already approved by the House of Representatives in its version of the bill – to extend the President’s authority to order men to register with the Selective Service System for a possible military draft to include women as well.

Last month, after the Senate Armed Services Committee, meeting in closed session, approved and sent to the Senate floor a version of the Fiscal Year 2022 National Defense Authorization Act (NDAA) that would expand draft registration to young women as well as young men, a coalition of opponents of the draft called on the Senate to end the failed draft registration program entirely instead of trying to expand it.

An amendment (S.Amdt.4161) that would replace the portion of the Senate version of the NDAA expanding draft registration with the provisions of the Selective Service Repeal Act has been proposed by Senators Ron Wyden (D-OR) and Cynthia Lummis (R-WY).

But the Wyden-Lummis amendment (S.Amdt. 4161) is only one of 653 amendments to the NDAA that have been proposed in the Senate, and the Senate won’t have time to consider or vote on most of these amendments. Opponents of conscription and war should encourage Senators to support the Wyden-Lummis amendment to the FY 2022 NDAA, and continue to urge Senators and Representatives to endorse the Selective Service Repeal Act of 2021 (H.R. 2509/S. 1139). Regardless of last-minute lobbying, however, the Senate is likely to join the House this month in voting to authorize the expansion of Selective Service to women, without a vote on this proposal in either chamber of Congress except as part of overall votes to approve the entire 3,000-page "must-pass" omnibus bill in which it is included.

That Congress is about to authorize the expansion of draft registration to women does not mean that it’s a fait accompli, however. Under both the House and Senate versions of the FY 2022, the authorization for the President to order women to register for a possible draft would not take effect until a year after its enactment. It’s possible that, having made their point about supposed gender equality in war, some in Congress could get cold feet or come to their senses next year, and repeal the authority for draft registration entirely before trying to follow through on implementing its expansion to women (and risking another embarrassing fiasco like the one that followed the attempt to get men to register with Selective Service in the 1980s).

Repeal of the Military Selective Service Act in 2022 or after is especially likely if the probability of widespread noncompliance, the extent of popular support (from elements of both the left and the right as well as libertarians) for resistance by young women to agreeing to kill or be killed on command, and the impossibility of enforcing the registration and address change reporting requirements requirements become more visible in the months ahead. That’s why I’ve already been arguing for several months that it’s time to shift our anti-draft focus from Congressional lobbying to organizing resistance. The success of any lobbying for repeal of the Military Selective Service Act will depend, more than anything else, on visible resistance by young people to draft registration and visible support for that resistance by older allies.

Opposition to drafting women has come both from those opposed to drafting anyone (including antiwar feminists) and from those who are OK with a draft of men but oppose a draft of women (including pro-war and pro-draft sexists and a core of believers in more or less explicitly patriarchal religions). In the past, these two ideological groups have rarely worked together, even when other anti-draft tendencies, such as antiwar leftists and libertarian rightists, have often found common cause against any draft.

Recently, however, it appears that some of the Don’t Draft Our Daughters faction have begun to recognize that holding out for continuation of the status quo (requiring men but not women to register for a possible draft) is a lost cause, and that the only chance of avoiding the expansion of draft registration to women is to join with opponents of any draft in an alliance to repeal authorization for draft registration of women or men.

The Selective Service Repeal Act of 2021 (H.R. 2509 / S. 1139) has drawn increasing (although still small) and increasingly bipartisan support in both the House and Senate. In addition, Rep. Vicky Hartzler (R-MO), long an advocate for retaining the current male-only registration requirement, has switched to calling for its repeal. Rep. Hartzler and Republican co-sponsors have introduced two different bills to repeal the Military Selective Service Act (H.R. 5867 and H.R. 5868), both copied in large part from, although weaker than, the bipartisan Selective Service Repeal Act.

Another notable recent development is the attempt to persuade us that the expansion of draft registration to women is unimportant or irrelevant, because an actual draft is unlikely. That’s the argument in an opinion article (masquerading as "news analysis") last week in the military journal Task & Purpose, "The debate over registering women for the draft is a waste of time: There is no draft." That was also part of Prof. Amy Rutenberg’s Dean’s Lecture last week at Iowa State University: "I’ll admit, this is not a terribly relevant topic to today’s world, because honestly in my professional opinion, I find it very unlikely that we will give up our all volunteer force anytime soon."

Of course, when someone says, "Pay no attention to the man behind the curtain," that’s often a sign that we should be paying more attention, not less. That’s especially true when they say, "Don’t worry about this new law we are making such an effort to enact."

To her credit, Prof. Rutenberg went on to argue that the expansion of draft registration deserves more public attention and debate. But Prof. Rutenberg’s expertise is in the pre-1975 draft. And like most of those who pontificate about the present and future of the draft without first having studied the last 40 years of the history of draft registration – a much longer, less studied, and less well-known history than that of the draft from World War II through the U.S. war in Indochina – she misses the most important reasons why there is now no draft and why draft registration and its expansion matter.

To argue that draft registration doesn’t matter because we don’t have a draft, and aren’t about to have one, confuses cause and effect.

We don’t have a draft today because widespread, visible, and widely supported resistance forced an end to the draft before the end of the US war in Indochina (as depicted in the recently-released documentary film, The Boys Who Said No), and because even more widespread noncompliance defeated the attempt to get men to sign up for a possible renewed draft in the 1980s (despite the pressure to return to a draft from warmongers such as General Alexander Haig, Secretary of State under President Reagan, who had never reconciled themselves to an "all-volunteer" military).

We need continued resistance and support for resistance to draft registration – and continued and enhanced public awareness of the scope and strength of that resistance – in order to continue to prevent any attempt to reinstate some form of draft.

But that’s not the only reason draft registration and draft resistance matter. There have been wars without a draft, of course, but it is the perceived availability of the draft as the ultimate "fallback" option – a myth that can be sustained only as long as the failure of draft registration and the fact that the emperor Uncle Sam has no clothes evades public scrutiny – that makes it possible for politicians and military officers to plan for endless, unlimited wars, without regard for whether people would be willing to fight them. The perceived availability of the draft as a fallback enables planning for larger, longer, less popular wars.

It’s in this sense that resistance to draft registration has won a victory, but an incomplete one: We have prevented a draft, but we have not (yet) prevented ongoing planning for endless unlimited wars based on the assumption that the draft is always available as a fallback option if the military runs out of volunteers, reservists, proxy warriors ("allies"), and mercenaries ("civilian contractors").

The resistance to draft registration needs you, now more than ever, not just (and perhaps not even primarily) to continue to prevent the return of the draft, but to help rein in war planning and make the next war(s) less likely and less damaging.

Edward Hasbrouck maintains the Resisters.info website and publishes the "Resistance News" newsletter. He was imprisoned in 1983-1984 for organizing resistance to draft registration.