Peace Churches in the Orbit of Youth Demilitarization Activism 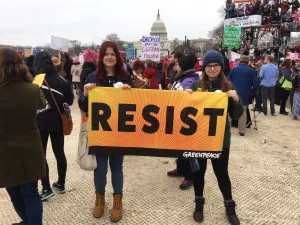 Gary Ghirardi / NNOMY – In my years working as a communications consultant to counter-recruitment organizations, now approaching twenty years for the summer of 2021, I have experienced personally and observed the organizing and activism of groups formed by historical peace churches make prolonged and concerted efforts to intervene against the militarization of our youth by departments of defense.

The National Network Opposing the Militarization of Youth itself is a creation, in part, as a project of the American Friends Service Committee’s National Youth & Militarism Program¹, a Quaker organization that helped organize NNOMY as a network at a conference in Philadelphia in 2003 along with ten other national and regional peace organizations.

In the intervening years, that network grew at its peak in 2011 to over 140 groups nationally and regionally. In recent (post Obama) years the focus of as many as 65% of these groups has shifted to other issues while at the same time the programs of the military in our public schools have expanded.

One of the historic peace churches most active in direct counter-recruiting activism is the Church of the Brethren and their organization, On Earth Peace² which organized the Stop Recruiting Kids campaign with its expansive social media campaign on multiple platforms. On Earth Peace also sits on the NNOMY steering committee as an observing member.

Other historic peace church contributors that have made efforts to intervene against the militarization of youth have been Quaker member groups such as War Resisters’ International in London and Truth in Recruitment in California. These efforts have been some of the strongest representatives of the push-back on programs of the Department of Defense in the United States and the Ministry of Defence in Britain designed to recruit youth into military service. 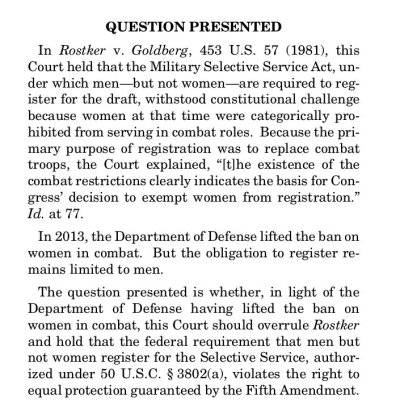 Edward Hasbrouck / Resisters.info - On January 8, 2021 the National Coalition For Men, a men’s rights organization represented by the American Civil Liberties Union, petitioned the U.S. Supreme Court to review the Constitutionality — now that women are allowed in all military combat assignments — of the law which requires men but not women to register with the Selective Service System for a possible military draft.

Read below for my FAQ about what this does and doesn’t mean, and what happens next. (Click here for links to the Supreme Court docket, pleadings, press releases, and additional commentary and analysis.)

I’ve been tracking this case up and down through the lower courts since 2015, and I attended the oral argument last year before the 5th Circuit Court of Appeals in New Orleans that led to the ruling that the Supreme Court is now being asked to review.

I’m actually a footnote (note 3, p. 4) to the petition for certiorari filed today with the Supreme Court, which cites my Web site about the draft as the authoritative source of one of the Department of Defense documents I obtained in response to my Freedom Of Information Act requests to the National Commission on Military, National, and Public Service (NCMNPS). Apparently this document isn’t available from the DoD, the NCMNPS (which removed many files from its Web site before it shut down), or any other government source. The NCMNPS summarily and improperly “closed” almost all of my outstanding FOIA requests and appeals just before it disbanded, and designated most of its records to be immediately destroyed. I managed to get all of the NCMNPS records transferred to the National Archives, which is also threatening to destroy most of those records, but has released some additional files.

Militarization Has Become Our National Religion 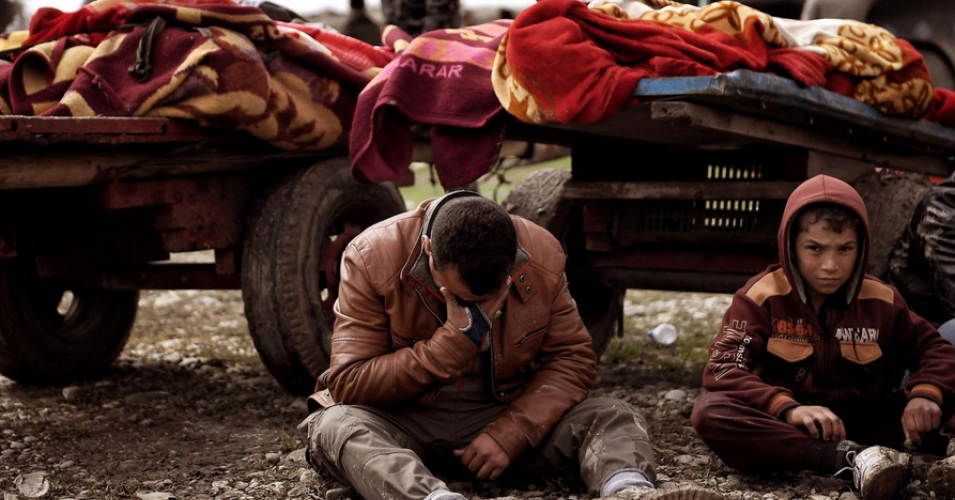 August 13, 2019 / William Astore / The Nation - When I was a teenager in the 1970s, I looked to the heavens: to God and Christianity (as arbitrated by the Catholic Church) and to the soaring warbirds of the US military, which I believed kept us safe. To my mind then, they were classic manifestations of American technological superiority over the godless communists.

With all its scandals, especially when it came to priestly sexual abuse, I lost my faith in the Catholic Church. I would later learn that there had been a predatory priest in my parish when I was young, a grim man who made me uneasy at the time, though back then I couldn’t have told you why. As for those warbirds, like so many Americans, I thrilled to their roar at air shows but never gave any real thought to the bombs they were dropping in Vietnam and elsewhere, to the lives they were ending, to the destruction they were causing. Nor at that age did I ever consider their enormous cost in dollars or just how much Americans collectively sacrificed to have top cover, whether of the warplane or godly kind.

The MAGA Face of JROTC 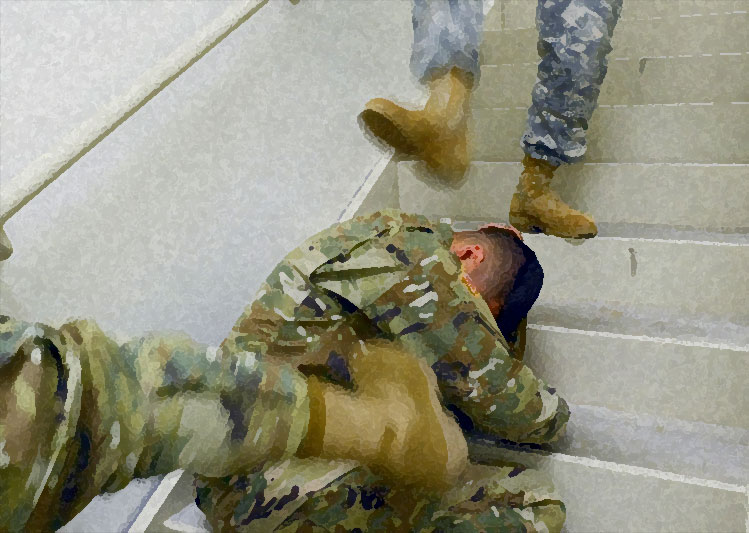 January 18 2021 / Gary Ghirardi / Op-ed / NNOMY - With the violence  witnessed in the beginning of 2021 at the nation's capital,  we have been forced to acknowledge the culture war that exists in the United States in full expression. We also witnessed in the subtext of that event, and the emerging crisis that will follow it, the government's promise of increasing securitization as a reaction to it. That process did not start at the "surge on the capital"  but has been in a steady progression of growth for many years. This latest event only provides an additional justification for the need to  increase the militarization of our "democracy."

Nowhere is that trend more evident as in the Junior Reserves Officers Training Corps (JROTC) military cadet program slated for a massive expansion. What is billed by the Pentagon as a character building and good citizenship program designed to instill leadership qualities in young people, now is being funded to expand from 3500 nation-wide units to over 6000. JROTC corps are constructed increasingly of ethnic minority and black youth disadvantaged with a lack of opportunities to jump start their lives. This is not an organic development. Those poorer youth lacking in programs designed to prepare them for college are specifically profiled and targeted for JROTC programs. In Chicago that targeting has gone a step further in configuring actual public schools as military academies complete with military school uniforms, protocols and curriculum.

From Student Debtor to Soldier

How the student loan debt crisis forces low-income students of color into the military. 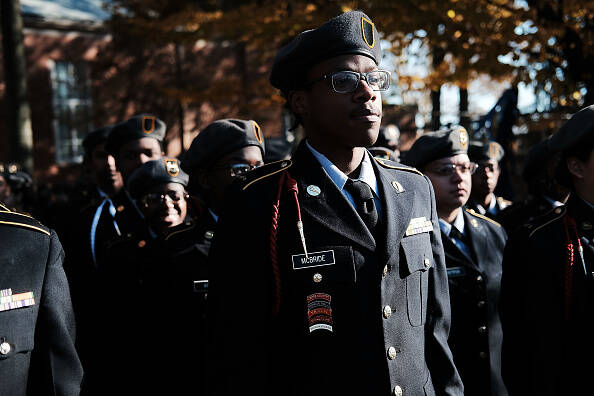 Anna Attie / In These Times - When James Gard­ner got injured play­ing bas­ket­ball as a DePaul Uni­ver­si­ty fresh­man, he lost his finan­cial aid pack­age and was dropped from his class­es. To stay in school, he took out a $10,000 loan.

Soon, Gard­ner (a pseu­do­nym request­ed in fear of reprisal) and his fam­i­ly real­ized they couldn’t afford the uni­ver­si­ty. Instead, he trans­ferred to a pub­lic uni­ver­si­ty out­side Chica­go and enrolled in the Reserve Offi­cer Train­ing Corps (ROTC) of the Air Force. The mil­i­tary paid for his entire col­lege edu­ca­tion — on the con­di­tion he serve at least four years after graduation.

Gard­ner is a mem­ber of the Demo­c­ra­t­ic Social­ists of Amer­i­ca (DSA) and says the mil­i­tary is geared toward ​“resource extrac­tion and resource allo­ca­tion.” When DSA col­leagues learn about his mil­i­tary back­ground, he says there is a ​“lit­tle bit of a gasp.”

“Would I be in the same predica­ment,” he won­ders, ​“if col­lege and uni­ver­si­ty were tuition-free? Would I have gone through ROTC? I don’t know.”